Laravel is a popular open-source framework for creating websites and integrating MVC templates. With features such as handling sessions, routing requests, verifying, catching, and more, Laravel is an efficient way to develop a website. It is the ease of development that makes Laravel the preferred framework for PHP developers. A recent report by BuiltWith identified 1,293,134 sites using Laravel, of which 673,169 are currently live.

Laravel development is an open-source PHP framework that can help you build faster and more scalable mobile and web applications, improve user experience through easier integration with your business, and make better business tools. With a simplified application development process, you can spend more time fine-tuning details and ensuring the best experience for end-users. Laravel development services are generally considered the best framework for web application development for enterprises due to the continuous improvement of Laravel features and the ongoing support. Laravel's MVC framework breaks the framework down into three components -- model, view, and controller. Modeling involves data, views describe how you will view and modify the data, and controllers describe the different actions you can take with the data. As a result, developers can keep things separate and increase efficiency. 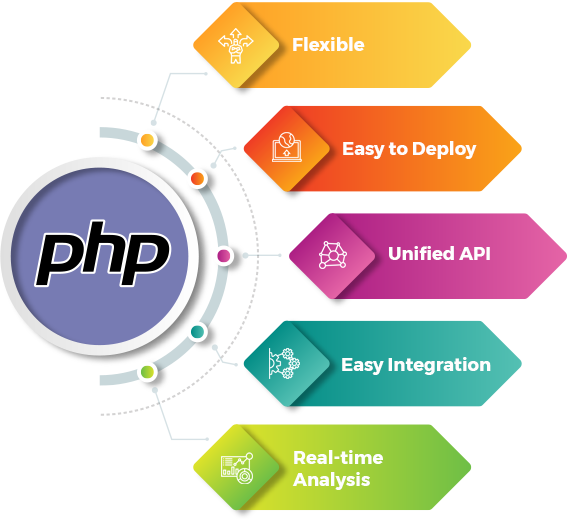 The popular open-source framework and the well-defined syntax and vivid graphics make Laravel one of the most popular frameworks for web applications. With Laravel, developing particular tasks like caching, authentication, routing, etc., are made easy. Here is a list of all the services that Laravel can offer.

After a holistic review of a pharma research company's digital presence and habits, our Intelligent Inbound playbook set the stage for immediate change.

With its feature-packed features and excellent offerings, Laravel has gained a lot of popularity and traction among professionals who use the Laravel Framework, as they can create engaging and robust web apps with little time spent coding. Here are just a few of the great Laravel Framework features that have made it so popular and described so much in the developer community:

Authorization and Logical Technique for Coding

Anyone developing code for an app should pay particular attention to authentication. In addition, it determines how long any coder will spend on creating a new product. Using Laravel, You can streamline authorization logic, and access to resources is controlled. Code time has dramatically reduced due to the validation code that Laravel includes. The rich functionality of application reasoning is among its most appealing features, as it gives coders complete freedom and flexibility to build anything from small websites to a software of any size.

It is also known for its innovative and lightweight templates built into the framework. Using highly impressive content seeding, the developers can create something dynamic and enticing. Different widgets are also available to help build solid applications. A unique framework with distinct sections is created by conceiving this framework.

Using this framework, you can quickly implement PHP Active Record with the most intelligent ORM in the industry. Using simple PHP syntax, developers can pose database queries and raise database issues instead of writing SQL code. Developers have easy access to database tables which are offered with corresponding models. It is therefore much faster than any other PHP framework.

Over 90% of SEOFIED clients continue partnering with us into year 2 of their campaign.

Speak with Us Today

This framework comes with many libraries, including object-oriented libraries. In this case, we're talking about an authentication library with plenty of valuable and updated features, including password reset, active user monitoring, Bcrypt hashing, and CSRF protection. Laravel Framework developers can create user-friendly, handy, and responsive websites and applications by segmenting its components into several different modules compatible with modern PHP principles.

The artisan device also has a built-in command control system. A developer can use this command to automate many repetitive and tedious tasks that they avoid doing manually. In addition, it helps developers create skeleton codes, develop database structures and migrate content. Developers can easily manage the database of the system too. Using the command line, they can also generate essential MVC files and can manage assets.

The Laravel migration process is also very secure, so developers do not have to waste their time making changes to the database every time. Migrating is no longer a risky, insecure, or leaky process. Instead of using SQL, PHP is used throughout the entire process. As well as automating the building of database tables, it also provides easy column and index insertion.

Laravel's excellent unit testing is another reason developers flock to it. You can consider it a framework that is aware of the glitches it is likely to encounter. The framework conducts several tests to verify that the changes will not affect the web application. The developers can also easily create their unit tests from a piece of their code.

Every web app development project needs to consider the security of the application. To keep an app secure, every developer employs some process. A well-designed framework such as this has a built-in security system. As it contains hashed and salted passwords, regular text cannot be stored in the database as a password. Using the "Bcrypt Hashing Algorithm," it generates the password in encrypted form. Additionally, it uses SQL statements to prevent injection attacks.

97% of consumers go online to find and research local products and services.

Start Your Seo Journey With Us 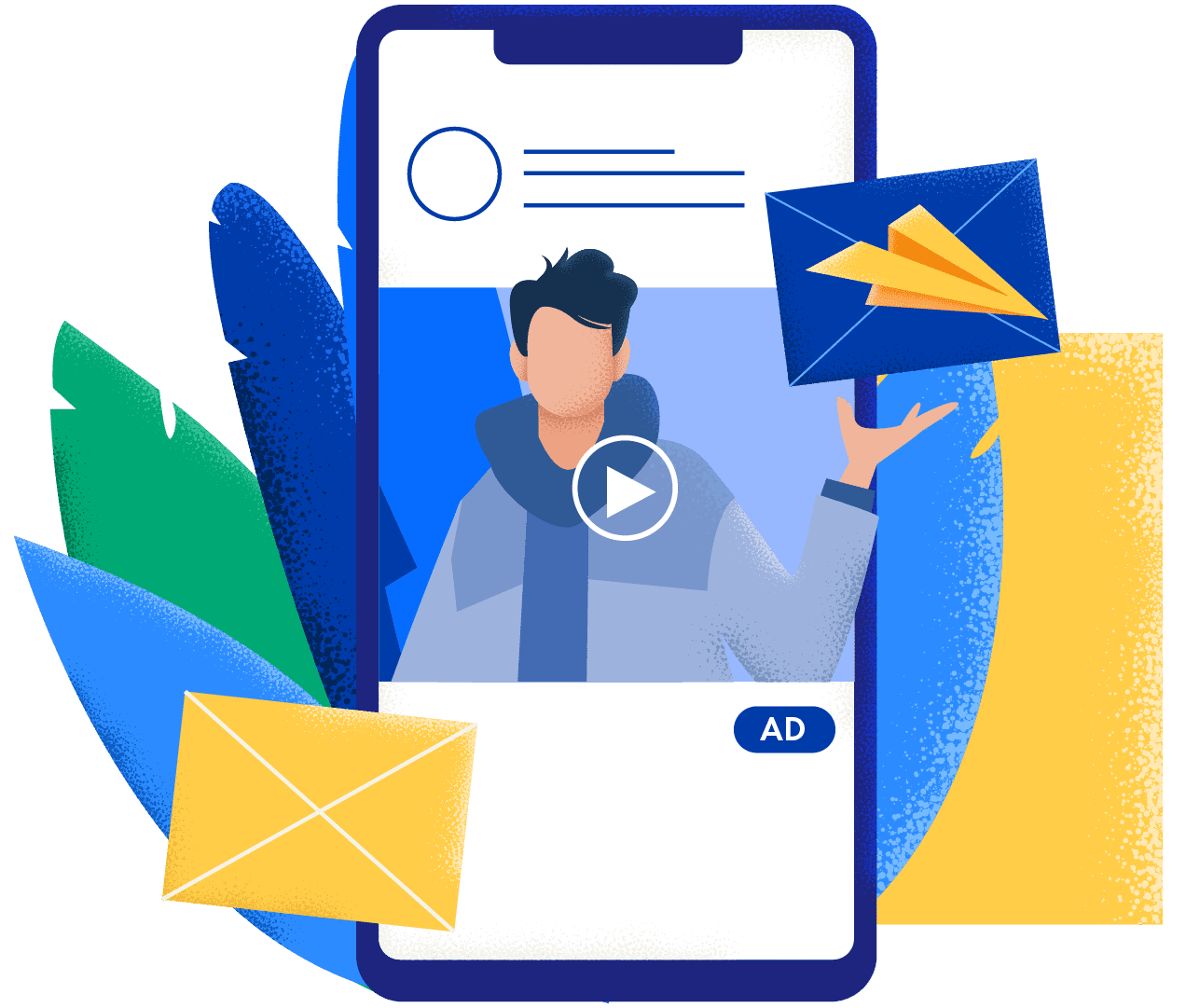 Laravel's framework offers this feature in a completely different way. PHP/HTML code works well with Blade's Templating Engine. They are lightweight, and this makes creating unique layouts much more accessible. Ultimately, this would help increase the website's search engine ranking by providing a good appeal and reducing the loading time.

With Laravel, developers can use a Model-View-Controller architecture and take advantage of several built-in functionalities to create fantastic website solutions. This type of architecture is easier to document, faster, and has more functions built-in than other PHP platforms. It is easier and more attractive to develop web applications with Laravel.

There is no doubt that Laravel is one of the most preferred platforms for web development, thanks to its security features. Security measures on the Laravel platform are exceptional. Due to its capacity for handling a significant number of security parameters, Laravel offers the best solution compared to other frameworks. An application's security level is also determined by the developer's expertise related to the code and the solution's structure.

PHP Laravel allows easy website development, as you can write the code procedurally and do object-oriented programming. A developer can gain specialized skills by using Laravel's Laracasts. Coding tutorials are available through these tools and expert tutorials that you can purchase for a fee. Subject-matter experts developed framework content and leveraged the following business needs to optimize solutions.

By using transparent documentation, programmers can easily comprehend the various stages and use Laravel. Business owners can also benefit from it.

The web development platform Laravel facilitates unit testing. You can test applications more efficiently, and a perfect web solution is more likely to be achieved. It is good to have some tests that allow developers to make updates at any web development stage without fear of unexpected failure.

A programmers' most difficult challenge is synchronizing databases between machines. Programmers can overcome this challenge with Laravel as it allows team members to share the database to save time during development. Laravel stands out from other frameworks with this functionality.

You can find helpful tips and lessons in the massive Laravel community. Whenever you are stuck during your web application development, you can always approach the community for assistance to resolve the concern issue.

Why Hire Laravel Developers from SEOFIED?

As an official Laravel partner, SEOFIED offers Laravel customizations, development, and invaluable consulting services. In our company, SEOFIED, we strive to design exceptional web applications that can enhance the business performance of enterprises. Below are how we leverage our experience and expertise:

An Extensive Background in Application Develnt

Having built many Laravel-based web and mobile applications, SEOFIED has a deep understanding of the framework, resulting in robust, secure, and safeguarded applications.

As a team, we consist of several highly qualified Laravel developers who have done diverse work with the PHP framework for our clients.

Through Laravel's unique blend, we can develop viable business applications. The SEOFIED solution provides integration for projects coming from every industry, regardless of whether they are startups or enterprises.

How do I change the date format in Laravel?

It is not enough to create a website; instead, it should be developed to be easily adapted to a specific geographical location. As and when required, time zones must be formatted. So how can you change the format of the date? You can use carbon or PHP Strtotime to change the date format, as can the Laravel model.

How do I create a pluggable URL that is SEO-friendly?

How can multiple files be uploaded in Laravel?

In some instances, you might need to upload a large number of files. With the help of the jQuery plugin, you can get top-notch results. Installing Laravel requires you to download an updated copy.

What is the process of converting WordPress themes into Laravel blades?

HTML/CSS/Javascript files and other such files are needed to convert WordPress themes to Laravel blades. Start by creating a public demo and analyzing the source code. Installing a new version of Laravel and routes would be the next step. Laravel Blade provides a great deal of template functionality that you can generously utilize to convert WordPress themes to Laravel Blade.

Let’s take a look at your website & search marketing together to find opportunities for growth.

Chat with an SEO Expert

Founded in 2010, SEOFIED is the human touch behind digital experiences. We're a dedicated optimization team with a full suite of professional services to propel your brand past the competition.